Grades I've Given in the Past 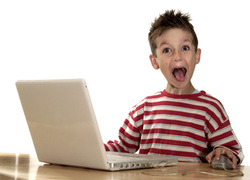 Here's a rough breakdown of the grades I've given in the past per semester.

I've noted courses with a High B option as generally only a quarter to one-half of my students try for As in these classes, which often brings down the mean, inflates the numbers of Bs, and [usually] lessens the numbers of As. Also, I haven't included any of the grades I've given in my for-profit university classes (the grades at these schools are a completely worthless indicators of anything), online classes (in which many students don't complete, for whatever reason), nor do I list any of the grades I awarded as a computer science/technology instructor. Lastly, I haven't included grades I've given as a teaching assistant nor grades before Fall 2004 (I can't find them).

Although I put them up here for statistical accuracy, I don't give many failures since it's really, really difficult to fail one of my courses so as long as a student does the work he or she has been assigned. Most Fs are due to students who: Therefore, I have noted, in parenthesis, the number of "earned" failures where students at least done enough work (but not necessarily all) to be considered "present" in the class but under-performed. Additionally, I've included an "earned mean" calculation to indicate what the average score, only inclusive of students who actually actively engaged in the course from start to finish.
​
(Note that the percentages are rounded to the nearest whole percentage, thus not all classes will add up to 100%.; also, I don't count in +/- modifiers since I figure the law of averages will straighten those out for me.)

History of Childhood and Adolescence in America (Mean and Earned Mean: 3.04)

Introduction to East Asia - Japan (&)
# - Course is a short-term summer or winter course that, because of its temporal compression, often has slightly deviant means and earned means.
* - Course that was a dual-credit high school/college, taken by high schoolers.
& - Course was a one-day/night-per-week, three-hour course. These courses just seem to be a lot to bite off and chew for many students, so many of them don't complete the course but stay on the rolls.